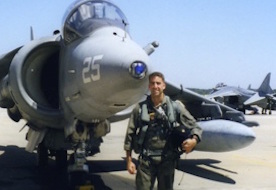 Greg Zackney is the President and CEO.  He has over 24 years of professional dynamic decision making and international leadership skills combined with senior management experience in both austere and conventional settings.  He was most recently the Senior Director of Operations for an aviation software solutions group, where he was responsible for the development of all engagements, marketing, sales, and support teams using client capture strategies, strategic business intelligence/requirements, and the adherence to strategic business plans.

Greg concurrently worked as a Safety and Efficiency Subject Matter Expert using his experience in operating in high risk (dangerous) environments conducting timely accurate assessments of companies who operate in extremely dangerous environments to ensure highly reliable results which are proven to drastically improve operational efficiency and safety. He is an industry expert in complex organizational execution, continuous improvement and integrated safety management systems and uses his experience to increase operational effectiveness by mentoring and instructing organizations in leadership, communications, team development and risk management. He spent twelve years as an AV-8B Harrier Pilot for the United States Marine Corps and currently has over 22 years combined time Active Duty/Reserve.  Greg has a Bachelor’s degree in Managerial Economics from the University of California at Davis, and a Masters Degree in Global Leadership and Project Management from the University of San Diego School of Business.  A few of his other certificates include:  Multi-Engine Commercial Pilot, California Firefighter, Hazmat First Responder, Incident Command Systems, and Emergency Medical Technician – Basic. 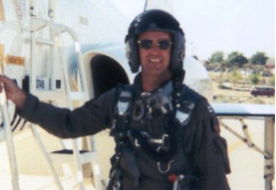 He recently led the team that developed a complete flight manual and training syllabus for the modernized cockpit of the US Coast Guard HC-130H (A1U) Long Range Surveillance aircraft. Mark has also worked with the Naval Air Systems Command to enhance and upgrade the navigation systems for civil derivative, combat, combat support, fixed wing, rotary wing and unmanned systems.

Mark finished a career in the US Navy after 21 years as a pilot flying S-3B, C-9B, C-40A and C-2A aircraft. During his career he held many leadership positions in Operations and Maintenance. He holds a Bachelor’s degree in Mechanical Engineering from Texas A&M University. His other certificates include Airline Transport Pilot (ATP), Commercial, Instrument, Battle Watch Captain, Conventional Weapons, Division Lead and Strike Lead. His ratings include DC-9, B-737, B-757, B-767, A-310. 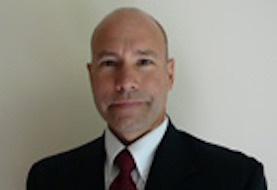